Find Your Next Home!

For the second consecutive month, all-cash sales dropped; only 23 percent of transactions in August were all-cash, the lowest market share since December 2009. Individual investors account for most all-cash offers, and while 12 percent of all homes on the market in August were purchased by individual investors, this is down from 16 percent a month ago and 17 percent a year ago. The drop in investor activity is good news for buyers who depend on traditional financing to make a home purchase. Less competition means a larger supply of inventory. Yet first-time buyers also seem to be daunted by the high home prices. In August, 29 percent of all buyers were first-time purchasers. For 16 of the past 17 months, first-time buyers accounted for less than 30 percent of the housing market.

For the thirtieth consecutive month, home prices have climbed year-over-year. August saw the median existing-home price peak at $219,800, a healthy 4.8 percent above August 2013. Across
the country, only the Northeast reported a drop in home prices, a decline of 0.8 percent from a year earlier. The Midwest and the West saw median prices climb 5.9 percent and 5.4 percent, respectively. And in the South, home buyers saw a price increase of 4.7 percent.

Keith is more experienced and works harder than any agent we have used. He follows up, keeps in touch, offers his help even after the sale, and is always available to answer questions. 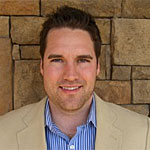 My name is Keith Gordon and I'm a licensed Atlanta realtor that provides high-level service. Please let me know how I can serve you!